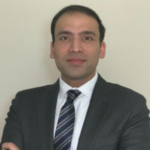 Agrawal teaches courses related to sustainable business and operations at all levels. He has received several awards for his teaching including MBA Excellence in Teaching Award (2020) and Poets & Quants Top 40 under 40 MBA Professor (2020). He also serves on the editorial boards of several leading journals, including as an associate editor for Manufacturing and Service Operations Management and as a department editor for Production and Operations Management.

Agrawal’s main research focus is sustainable operations, focusing on managerial challenges at the interface of business and the environment. His research interests and expertise extends across a variety of topics related to the role of businesses in addressing sustainability challenges such as circular economy, business model innovation, renewable energy, product development, supply chain sustainability and consumer behavior. His research has appeared in leading journals such as Management Science and M&SOM, and has received several awards. 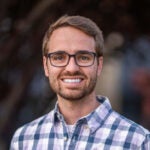 Brian Griffiths holds degrees in Environmental Engineering (B. Eng) and Plant Science (B.S.) from the University of Delaware and a Ph.D. in Environmental Science and Public Policy from George Mason University. He takes an interdisciplinary approach to research and teaching, examining environmental sustainability and conservation from social, cultural, economic, and ecological perspectives. Brian’s research focuses on game mammal conservation in the Peruvian Amazon, where he has collaborated for several years with the Indigenous Maijuna people. Specific focus areas include the sustainability of hunting, the ecology and behavior of game species at mineral lick sites, the sociocultural complexities of hunting and the game meat supply chain, and the impacts of cultural loss on the conservation of biodiversity. Brian has a passion for using socially informed research and digital storytelling to empower Amazonian Indigenous people to conserve their cultures and the environment and using visual media to promote conservation awareness. He collaborates with several nonprofit institutions in my work, including OnePlanet, the Morpho Institute, Alliance for a Sustainable Amazon, ACEER, and many others. 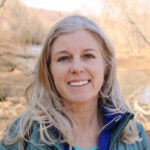 Jesse Meiller is a marine ecologist and environmental toxicologist and an Associate Teaching Professor in The Earth Commons. Currently, she works with her students and colleagues to investigate microplastics in water, sediment, and biological communities in the Chesapeake Bay and to increase awareness and understanding about the environmental and health effects of pollution. Meiller teaches undergraduate and graduate students and conducts teacher training for middle and high school teachers to investigate microplastics with their students. She regularly conducts outreach to local environmental and community-based organizations on microplastics and connects people to their local waterways and environments. 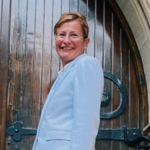 Maria A. Petrova joined Georgetown’s Earth Commons Institute (formerly the Georgetown Environment Initiative, or “GEI”) in 2019 to develop and launch the MS-ESM program. Before Georgetown, she managed a UMass Boston-based transdisciplinary NSF IGERT “Coasts and Communities” program dedicated to training Ph.D. and master’s degree students with different academic backgrounds to become future environmental leaders. Previously she worked in academia outside of the United States – in Greece and Bulgaria – in the offices of development, alumni relations, admissions, recruitment, and marketing.

Petrova completed her Ph.D. in Environmental Science at Oregon State University, where she focused on examining public opinion on a nascent policy issue – the introduction of wave energy in the state of Oregon. Subsequently, she completed a two-year postdoctoral research fellowship at Tufts University’s Fletcher School of Law and Diplomacy on public acceptance of wind energy in Massachusetts. Maria publishes extensively on public perceptions of renewable energy in the US and in Eastern Europe. She has taught courses on environmental policy and politics, sustainability, climate change, human geography, and communications at Oregon State University, Emerson College, and the US Fulbright Program in Bulgaria. Petrova serves as a section co-editor of the UC Press journal Case Studies in the Environment, and is an Associate of Harvard University’s Davis Center for Russian and Eurasian Studies.

A native of Bulgaria, she enjoys learning about cultural differences firsthand through reading and  traveling with her husband and two daughters. 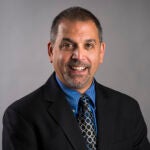 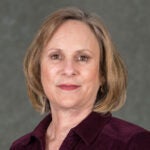 Pietra Rivoli, Ph.D.
Professor in the McDonough School of Business

Pietra Rivoli teaches finance and international business in the undergraduate, graduate, and executive programs. Rivoli has special interests in social justice issues in international business and in China, and she regularly leads MBA residencies to China. Her academic research has been published in numerous leading journals, including the Journal of International Business Studies, Business Ethics Quarterly, and Journal of Money Credit and Banking. In 2006, Rivoli was awarded a Faculty Pioneer Award by the Aspen Institute. This award recognizes business school faculty who have been leaders in the integration of social and environmental issues into MBA curricula.

Rivoli served two terms as Vice-Dean of the McDonough School of Business, with overall responsibility for faculty and academic affairs. In 2018, she co-founded the Georgetown Pivot Program, where she now serves as Executive Director. The Pivot Program is a 10-month academic and internship program serving formerly incarcerated residents of the District of Columbia Professor Rivoli’s book, The Travels of a T-Shirt in the Global Economy (2005, 2009, 2014), has been widely acclaimed by both the popular press and the academic community as a pathbreaking study of globalization. Rivoli’s book has received numerous awards. These honors include being named one of the best business books of the year by the Financial Times, Booz Allen Hamilton, Foreign Affairs, the Library Journal ,and by Amazon.com. In addition, the book was also named as a finalist for the Inaugural Financial-Times-Goldman Sachs Book of the Year Award. Finally, Travels of a T-Shirt was recently designated by the American Association of Publishers as the best scholarly book of 2005 in the category of Finance and Economics and has been translated into 14 languages. 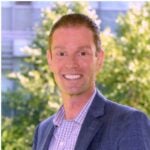 Jason Schloetzer has over 15 years of experience teaching managerial accounting and control concepts in graduate programs at Georgetown University. Before his academic career, he spent seven years working in the telecommunications sector, including five years at Orange S.A. (formerly France Télécom).

His research, which examines how executives collect and use information to motivate employees and improve firm performance, is published in a number of academic journals, including The Accounting Review and Journal of Accounting Research. His work often relies on data collected from companies, having collaborated on research projects with firms in the technology, financial services, oil and gas, heavy vehicle manufacturing, industrial coatings, consumer products, and public relations sectors. He is an Editor of the Journal of Management Accounting Research and serves on the editorial boards of The Accounting Review and Accounting, Organizations and Society. His work has been presented at numerous universities and conferences, including twice at the World Economic Forum in Davos-Klosters, Switzerland. Additionally, he is often quoted in media outlets for his work with The Conference Board on current issues in corporate governance and CEO succession. Schloetzer received his Ph.D. in Business Administration from the University of Pittsburgh, an MBA from George Washington University, and a B.S. in Mechanical Engineering from the University of Kansas. 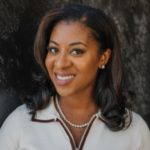 Ella Washington is an organizational psychologist who finds inspiration through the intersection of business, diversity, and leadership. Her research examines conditions of workplace cultures that best support inclusion, diversity and equity while also contributing to employee’s individual development. As a member of the management faculty at Georgetown University’s McDonough School of Business, Washington prides herself on helping to develop and equip tomorrow’s business leaders with skills to be high-performing inclusive managers. 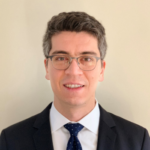